A Marriage of Food and Beer: Miller’s Near & Far and Dogfish Head Collaborate at the James Beard House

Last Thursday, Chris Miller of Miller’s Near & Far, successfully made his debut at the James Beard Foundation in collaboration with Sam Calagione of Dogfish Head Craft Brewery. 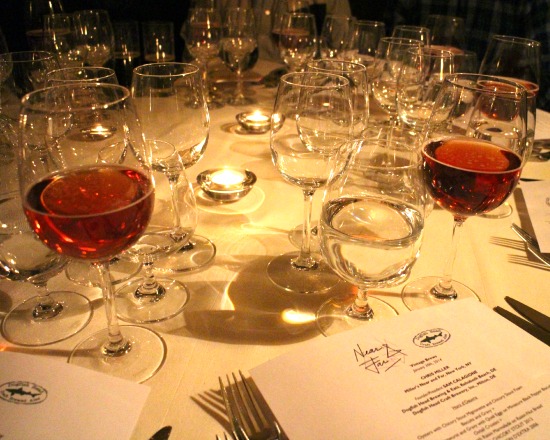 Last Thursday, Chris Miller of Miller’s Near & Far, successfully made his debut at the James Beard Foundation in collaboration with Sam Calagione of Dogfish Head Craft Brewery. The hors d’œuvres and six-course meal were paired with vintage craft beers from Calagione’s personal collection, otherwise known as “Sam’s Stash.”

Chef Chris Miller, a native New Yorker, opened his first solo restaurant Near & Far in 2013. Near & Far, located in the Lower East Side, specializes in American comfort food through the lens of a post-apocalyptic diner. “Blade Runner had a huge impact on me.” One can see the futuristic influences in the decor, food presentation and menu at the restaurant. Miller’s menu changes seasonally according to what’s available locally. 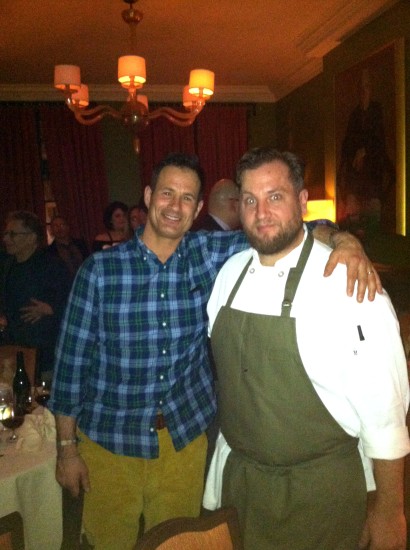 Brewmaster Sam Calagione — a three-time nominee for the James Beard Award who was influenced by Alice Waters and James Beard — wanted to join and participate in the conversation of defining what is American cuisine. Calagione looked to the culinary landscape for inspiration in creating new recipes that differ from the traditional styles of beer.

Three months prior to the dinner, Miller experimented with different combinations to find the perfect dish to pair with each craft beer, focusing on the flavors and ingredients in the beer. When asked where Miller got his inspiration for the menu, “everything came from the beer. People usually think it’s hard to cook with beer, but Dogfish Head beer is unlike regular beer. They’re more like wine because of their complexity and dimension.”

Each dish and craft beer pairing complemented one another by highlighting a shared ingredient. Calagione and Miller did an excellent job in celebrating the marriage of food and beer.

Here’s a copy of the menu: