An Innovative Take on One Chinese Restaurant’s Drinks Menu

On the Lower East Side, Fung Tu creates eclectic and unique Chinese food and drink pairings. 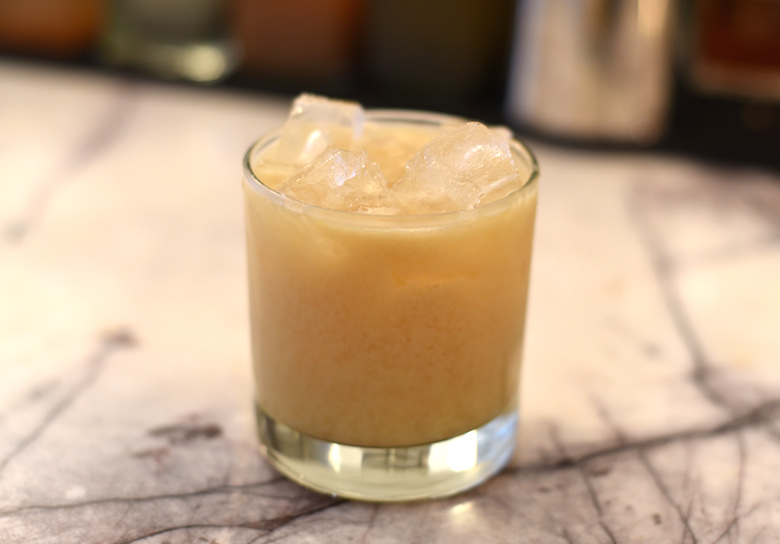 Their “White Tiger” cocktail makes use of the kitchen’s surplus cashews with a house made cashew orgeat. Photo credit: Michael Tulipan

The task of creating a drink menu for a Chinese restaurant is not straightforward. In most restaurants, regardless of the cuisine, there is a certain pairing method that most diners adhere to: heavy dishes go with full-bodied reds, and seafood works with white wine, for example. But what do you drink when the roasted duck comes with sauerkraut and Chinese cardamom? Or when fava bean curd terrine mingles with chili oil and bacon?

Chef Jonathan Wu has created an eclectic seasonal Chinese food menu at Fung Tu on New York’s Lower East Side. Unwilling to settle to for a Riesling-heavy list that so often prevails in Asian restaurants, Wu tapped ace beverage director Jason Wagner to create a drink program that was as original as the food.

While creating the drink list, Wagner and Wu’s first course of action was to taste a variety of traditional Chinese rice wines known as Shaoxing wine. While none of the Shaoxing wines they tried matched their quality expectations, Wagner was inspired to find a beverage with a similar flavor profile.

An experienced sommelier by way of Chicago, Wagner knew he couldn’t rely on conventional pairing methods because of the food’s spice factor. “Heat plus tannins equals Armageddon in your mouth,” he quipped. Instead, Wagner recalled certain sherries that hit the same nutty and saline notes as Shaoxing wine. Amontillado sherry, for example, steps in for Shaoxing wine in the cooking as well, like with their dish featuring egg noodles and Chinese sausage in a black bean sauce. Amontillado also makes its way into the pork chop and every meatball that comes out of the kitchen.

With sherry as a starting point, Wagner branched out into natural wines and other esoteric beverages that pair well with exotic ingredients. Chef Wu remarked that the natural wines “philosophically align with the food because they are trying to express a place and a time.” This harkens back to the restaurant’s name, which implies the idea of terroir since “fung tu” literally translates to “wind” and “soil.” When used together, they refer to a concept that Wu’s father calls “Chinese home-style culture.”

The seasonally-inspired cocktails are sometimes the result of upcycled kitchen ingredients. For instance, leftover celery became the inspiration for “Apium Den,” a blend of New York Distilling Company’s Dorothy Parker gin, Sichuan syrup and celery juice. In a similar vein, the “White Tiger” uses a house made cashew orgeat: an innovative way to utilize surplus cashews.

Chef Wu says he is grateful that Fung Tu has remained a neighborhood spot while still being a destination restaurant, insisting that offering a price point proportional to the neighborhood is integral to bringing in locals. The hardest part of it all, says Wagner, is constantly coming up with fresh pairing ideas. His philosophy when it comes to matching a beverage with a dish? First, do no harm. “The number one rule… is don’t fuck up the food,” he says chuckling. Based on the response to the restaurant so far, he’s doing just fine.