Feel the Pull of Gravity-Cask-Conditioned Beer at Treadwell Park

The new Battery Park location wants you to warm up to room-temperature beer. 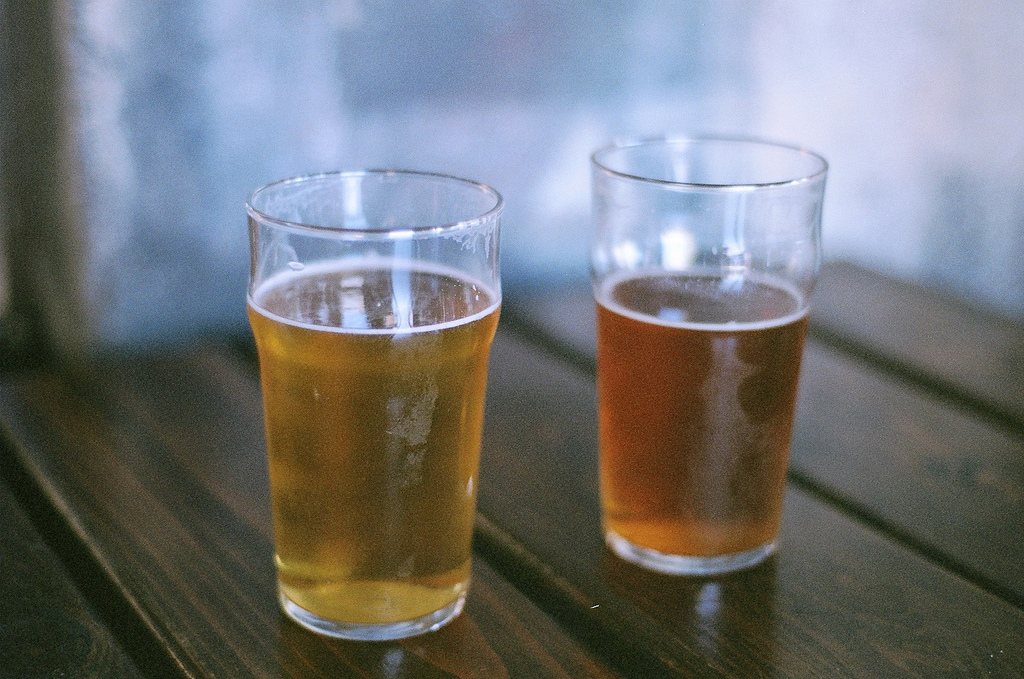 Even the most seasoned beer drinkers have a rough time staying up-to-the-minute with New York’s rapidly rotating tap handles of fleeting saisons, sours and IPAs using hops that sound like a chemistry test written in another language. Adding to the endless anthology of styles are the handful of pour methods, most notably nitro and cask-conditioned. But at the recent opening party of Treadwell Park’s new Battery Park location, I came across a peculiar term: “gravity cask-conditioned.”

Not to be confused with those things you smoked in your mom’s basement, gravity cask conditioning refers to one of the more rustic methods of pouring cask-conditioned beer (i.e., unfiltered, unpasteurized beer that ferments naturally live in the vessel that it’s being served in via secondary fermentation). Most beer bars that carry cask-conditioned beers will use a hand pump or cask engine to force beer stored at cellar temperature through a pump. On the other hand, aluminum gravity casks (also known as “tins”) feature a spigot on the bottom and are propped up on a bar counter so that gravity naturally pulls the beer down into the glass. The result is a super-fresh beer rich with flavor.

“It’s a really, really traditional way of serving beer,” says Anne Becerra, cicerone at Treadwell. “Before we had electricity or refrigeration, this is how you did it. But it’s still very prevalent in the U.K., even in Germany.”

Less commonly distributed in the U.S. than the handpump version, Becerra had to special order her gravity cask of Aecht Schlenkerla Fastenbier, a German-style Rauchbier, for the Treadwell event. Beyond distribution issues, beer bars are still weaning American beer drinkers onto the room-temperature suds commonly served in Europe.

“You always see these ads featuring ice-cold beers, so there’s this perception in America that that’s what a beer should taste like,” Becerra says. “But when you have a really great beer served at cellar temperature warm up, you’re able to taste every little detail, every nuance, every twist and turn that would be masked by carbonation. Great beer on cask is one of the most incredible experiences, if you give it a chance.”

Given that the debut gravity cask ordered for Treadwell’s opening sold out clean in two days, it’s more a matter of when—not if—it will make a comeback. Because cask-conditioned beers are live (hence the moniker, “real ale”), they have a short shelf-life of only a few days. If you see one, order it. Becerra is planning a special order for their Oktoberfest celebration later this year, as they’re frequently hard to come by through distributors. Stay on top of their next tapping by following Treadwell on Untappd, BeerMenus or Instagram.