We caught up with a sixth generation rum maker and one-time Ph.D. candidate, to talk about the intersection of distilling and environmentalism. 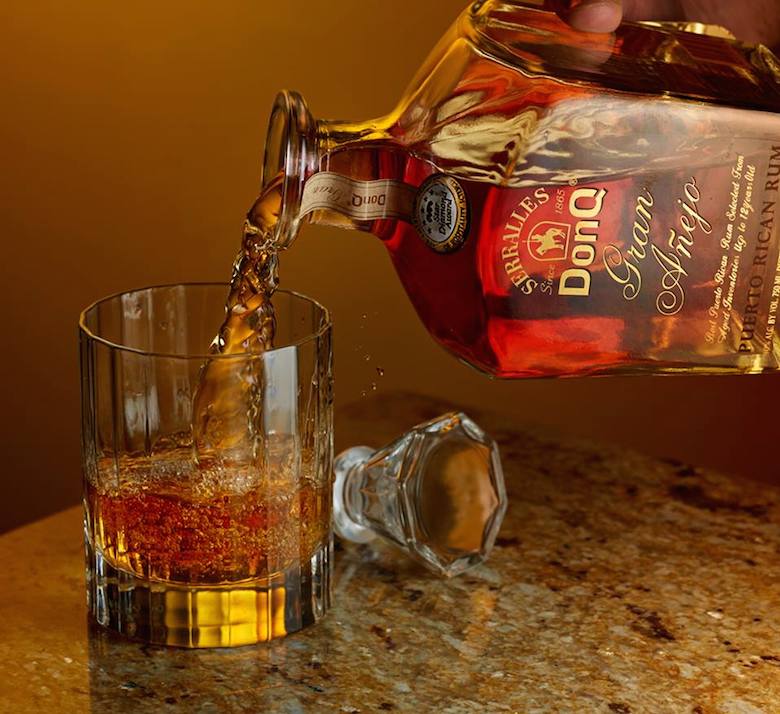 Although they had to “take a little break during Prohibition,” Don Q has always been run by the same family in the same place. Photo credit: Facebook/Don Q

Have you made it out to any of the Puerto Rico Meets NY events this week? We wrote about a Puerto Rican chef’s take on sustainable sourcing and a Long Island native’s Nuyorican barbecue, but we’d be remiss if we covered the festival without mentioning rum.

This week, we caught up with Roberto Serralles, a sixth generation rum maker and one-time environmental studies Ph.D. candidate, to talk about the intersection of distilling and environmentalism. His family owns Don Q, supporter of Puerto Rico Meets NYC and one of the largest distilleries on the island.

Puerto Rico Meets NYC events continue around the city until this Sunday, October 4. Learn what’s going on this weekend and book your tickets here.

The following interview is paraphrased for clarity.

Edible Manhattan: Don Q has been operating since the mid-1800s. What was like growing up in the family business? Did you always know you’d take over?
Roberto Serralles: Don Q has always been in the same family in the same place, though we had to take a little break during Prohibition. When I actually went to college, I wasn’t thinking I would join the family business — in fact, I wanted to be a professor, so I started on my Ph.D. in environmental studies. It was a funny thing. I’d literally done all but my dissertation when I started having conversations with my father about a wastewater issue. I was living in Seattle and I started consulting back in Puerto Rico — I was flying back and forth all the time. Eventually I moved home and joined the business.

EM: Tell us more about the wastewater issue.
RS: For anybody in the distilling industry, wastewater is an issue. When you think about the way you make spirits, you’re essentially concentrating the alcohol into something that’s fermented and turning it into a spirit. What’s left over is wastewater. If you’re making whiskey, for example, you’re essentially making an eight to ten percent alcohol beer and then making whiskey from that — the other 90 percent is wasted. It’s not talked about very much.

The issue for us was that back in the old days we had sugar cane fields and could put our wastewater back into the field — it had nutrients, it provided irrigation and it worked perfectly fine. But now that we no longer have sugar cane growing in the area, we were spreading it in the fields, and the sewage (it’s nothing toxic, but there’s a lot of organic content) was starting to degrade. The distillery was upwind from town, and the smell started creating community relation issues.

Our solution was to implement an anaerobic digestion process. This process exhaled methane, which we could then feed back into the boiler to reduce the amount of oil it consumed. Then, similar to a municipal wastewater treatment plant, we essentially pump the water with a lot of air to convert it to irrigation-grade effluent.

It has a lot of ancillary benefits, including the usable methane gas, but it’s very tricky. The digester creates a very corrosive environment. We’re working on additional systems — eleven years later, a lot of technology has changed. We’re looking for a more efficient alternative.

EM: How has sugar cane sourcing changed since the distillery first opened?
RS: The definition of rum is that it has to come from sugar cane — it can’t be made from wheat or corn. The sugar cane molasses content is a critical component of the process.

When we started, my great great grandfather came from Spain and opened a small sugar cane operation. His first Puerto Rican-born son bought a small still and used leftover molasses to make rum. It was really always a sideline business — the main business was sugar cane. He started making in rum in 1865, and the sugar cane industry has changed dramatically over time. The golden age of sugar in Puerto Rico was between 1900 and the 1920s — Puerto Rico was one of the top exporters of sugar, and it was a significant piece of the socioeconomic fabric of the landscape. That obviously had tons of issues; the monocrops were problematic, sugar cane is very labor-intensive, there were huge seasonal booms and busts in terms of labor force. There’s no rosy history about these extractive agricultural economies. By the 1960s and 1970s, we were having a really hard time competing — the price of sugar dropped globally, introduction of corn syrups and corn sweeteners from the US and other places meant that the price of sugar was less than a cent per pound. The costs in Puerto Rico were very high. For example, labor force unions didn’t want to allow mechanization while other countries were mechanizing rapidly. We shifted to rum, but to this day, sourcing quality molasses for distillers is a really tricky thing.

When you’re in the sugar industry, molasses is just a byproduct. Molasses is what’s left over when it’s not economically viable to extract more sugar. When the energy cost to make another sugar extraction is more than the price of sugar you can extract, you stop that process. As you can imagine, when the price of sugar is 7-8 cents, there’s a lot more leftover sugar than when the price goes up to 30 cents. The quality of molasses is inverse to the price. There’s a particular point in which the molasses is so poor you can’t ferment it — the trick is finding good sources of molasses. In this day and age, that means finding inefficient mills.

What we had to do as a result of this situation is start paying more for molasses. We essentially pay farmers not to perform the maximum number of extractions. We pay the mills as if they had extracted the extra sugar. It’s a relatively new industry — it started about five or six years ago.

Molasses now is a commodity. We source most of ours from the Caribbean and Central America. Any further than that and it becomes a freight problem — 40 percent of the cost is transportation.