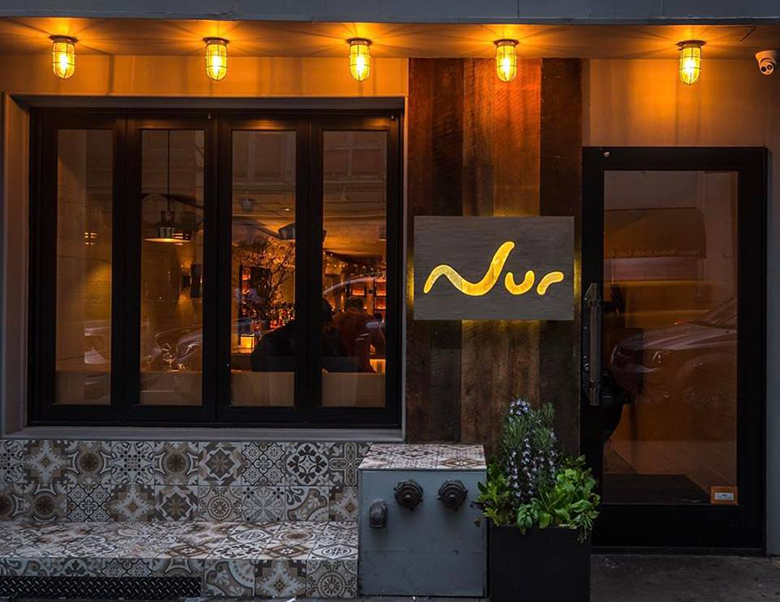 Yemeni cuisine has been underrepresented in New York for far too long. But in the last few years, its dishes have slowly crept onto menus across the city. Photo courtesy of Facebook/Nur

Yemeni cuisine has been underrepresented in New York for far too long. But in the last few years, its dishes have slowly crept onto menus across the city. While no Manhattan spot has come close to matching the extensive offerings at Brooklyn’s iconic Yemen Café, the cuisine’s cilantro- and garlic-heavy hot sauce zhoug (zhug? or szhug?) is no stranger to the brunch scene and even has shelf space at Trader Joe’s (and it ain’t half bad).

One cannot live on zhoug alone, however. Nor should one have to; it’s only a supporting act for the real stars of the Yemeni kitchen: the breads. Manhattanites, meet your new favorite carbs: kubaneh, jahnun, malawah and lahuh.

Honored to have our Kubaneh named as one of the 2018 Time Out New York Best Dishes – join us for dinner and check out what all the hullabaloo is about! #nuryorkcity . . . #Repost @timeoutnewyork ・・・ What the hell is schug? Much like malawach, this green Yemeni chili sauce has been surfacing in dishes all over town, including two appearances in this year’s #TONYBestDishes. We proudly consider it our condiment of the year. Discover where you can find it in the city in the latest issue of #TimeOutNewYork, which hits the streets on Wednesday. (📸: Courtesy Nur/Collette Wojdylo)

If butter and challah had a lovechild, it would be kubaneh. A lovechild dressed for a party, with twisted dough like golden ringlets, bedazzled with sesame seeds.

Kubaneh is a celebratory loaf, traditionally eaten by northern Yemenite Jews on Saturday morning. While only a handful of Jews remain in Yemen—the majority were transported to Israel in 1950—the community continues to prepare the enriched dough on Friday evening, before the Sabbath (Shabbat) begins, cooking it low and slow overnight until the inside is soft and the outside develops a sturdy, golden crust.

It would be unconscionable not to eat kubaneh the moment it emerges from the oven—its pull-apart structure seems to invite eager grabbing for more. Chef Meir Adoni serves an excellent version at NUR, alongside zhoug and a traditional salsa made of grated tomatoes, to cut through the buttery bread.

It’s the weekend! Which means our weekend special Jachnun is available Saturday and Sunday! A pastry, traditionally served on Shabbat mornings is unique to have in New York establishments. 🥚 The pastry is slow cooked overnight by rolling dough out thinly, brushing with shortening (or clarified butter or samneh), and then rolling it up, similar to puff pastry. It turns into a dark amber color and has a ‘slightly’ sweet taste. It is served with a crushed/grated tomato dip, hard boiled eggs, and skhug (a type of hot sauce). Come in and try it for yourself.

There’s really nothing to liken jahnun to, so you’ll have to use your imagination. First, think of a roll of filo-meets-puff pastry, rich with clarified butter. Then imagine baking it overnight, at a very low heat, until it turns bronze and caramelized. When done right, jahnun is flaky and unctuous.

If that sounds like a fiddly undertaking, it is—mixing, proofing, rolling then baking the dough demands a day’s worth of kitchen pottering. Which may be why it’s hard to find, and why Yemenite jewry ate it as a treat—often for breakfast on Shabbat. Fittingly, Soho’s 12 Chairs café serves jahnun only on weekends, with the usual accompaniments of a boiled egg and grated tomato—one hell of a brunch.

For those of you who use your oven for cooking, not storage, Holy Land Market sells a frozen version made with margarine. It’s specifically made dairy-free so orthodox Jews, who don’t mix milk and meat, can plonk it atop their Shabbat meat stew before it’s slow-cooked for hours. Recommended.

Malawah is made from the same dough as jahnun, but unlike the latter, is not a uniquely Jewish dish. For malawah, the layers of clarified butter and dough are folded, or often tied in knots, to create even more flaky layers, then rolled out into a flat, round disk. It’s fried quickly on a high heat, until the dough is golden, with a craggy texture from the folding. Often, malawah is sprinkled with black cumin (sometimes called nigella) seeds, or drizzled with honey—a local delicacy in Yemen, particularly the Sidr variety, Yemen’s answer to Manuka honey.

At Spiegel, the malawah is made from scratch daily and served with labne, grated tomato and pickles.

Serious question: does it count as epic brunch if your eating alone? Sourdough lachuh with smoked salmon, cream cheese, and capers. Thank you to @adeenasussman for being the driving force behind my new obsession with testing this out. She’s going to have an amazebomb recipe in her cookbook coming out in September!! #brunch #sourdough #lahuh #israeli #jewish #kosherfood #feedfeed #food52 #f52grams #eat #eattt

Like malawah, lahuh is eaten throughout Yemen. It’s actually more of a pancake than a bread, and every family has their own recipe, though the basic ingredients and appearance are pretty similar. Lahuh starts by mixing flour, water and yeast then leaving the dough to sit in a warm spot anywhere from a few hours to three days, until bubbles appear on the surface. The longer it sits, the more it develops a sour funk.

When a ladle’s worth of mix is poured into a hot pan, the bottom browns and the bubbles become small holes on the top of the dough—similar to a crumpet. The sponge-like texture is perfect for absorbing flavour, so lahuh is often eaten alongside soup—usually bean, chicken or beef, flavored with hawaij—a curry-like spice blend of black pepper, turmeric and cumin. Or for a lighter option, used to scoop up spicy yogurt dip.

Alas, lahuh is not yet available in Manhattan, or any of the other boroughs. So consider this a call to arms!