A new cookbook born from foraging for mulberries in Bed-Stuy demonstrates techniques that can be adapted to blackberries from Fairway. 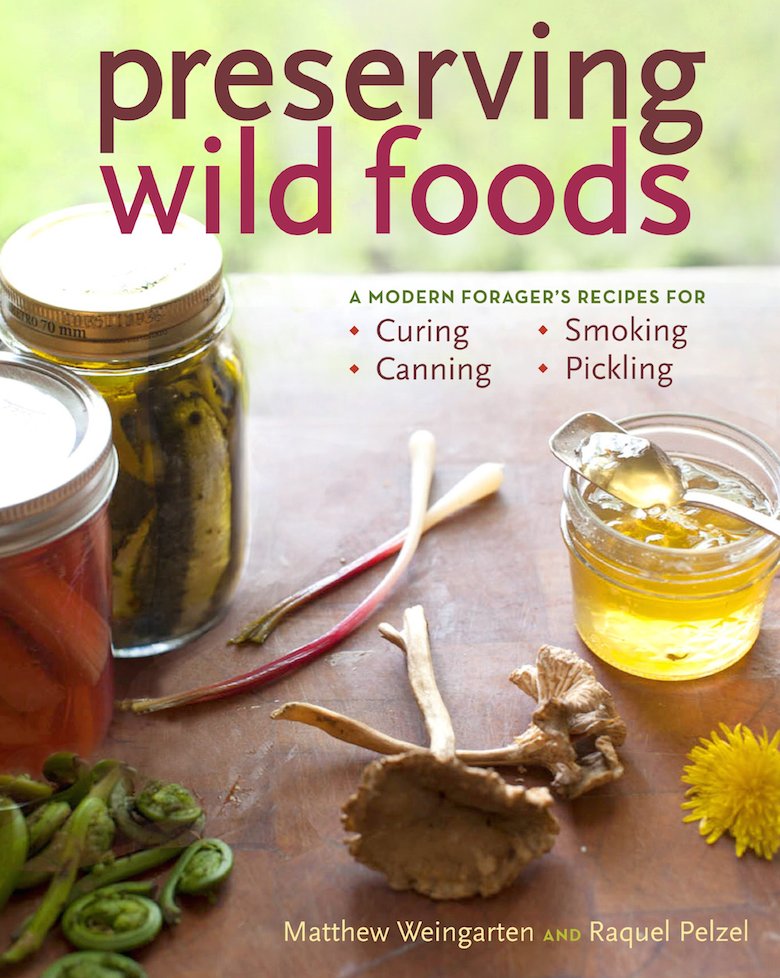 When we wrote about chef Matt Weingarten in the launch issue of Edible Manhattan way back in fall 2008 he was out in a park bagging autumn’s stinky gingko berries. Little did we know that we were playing cookbook shidduchim matchmakers to Weingarten and the food writer to whom we assigned the story, Raquel Pelzel.

Four years later, the two have just released Preserving Wild Foods (Storey), a cookbook ripe with over 60 recipes that make urban life extraordinarily edible, like how to turn wild mulberries (which Weingarten forages for in the verdant pastures of Bed-Stuy) into Mulberry-Rosemary Jam, transform crabapples into Italian-style mostarda (which should take the place of cranberry sauce on your Thanksgiving table) and make your own fermented Asian fish sauce (rule number one: Ignore your wife’s pleas to throw it away).

But while the book is all about foraging for wild edibles and then pickling, smoking, curing and otherwise preserving them—the thing is, you can really make Weingarten’s recipes without daytripping upstate or getting arrested for picking lamb’s quarters in Central Park. These small-batch preserving techniques work just as beautifully on chanterelle mushrooms and Arctic char you’ve hunted and gathered at Fairway. (Although the Modern-Day Maraschinos, well, that’s a recipe worth waiting to make in late June, when the Greenmarket shines with Corvette-red sour cherries.)

It’s all organized not by season or method, but by landscape—coastlines, pastures, gardens, forests and fresh-water wetlands. Even if you don’t know elderflowers from bergamot, this is a cookbook worth foraging for.