A fan of Portugal’s signature sip goes to the source. 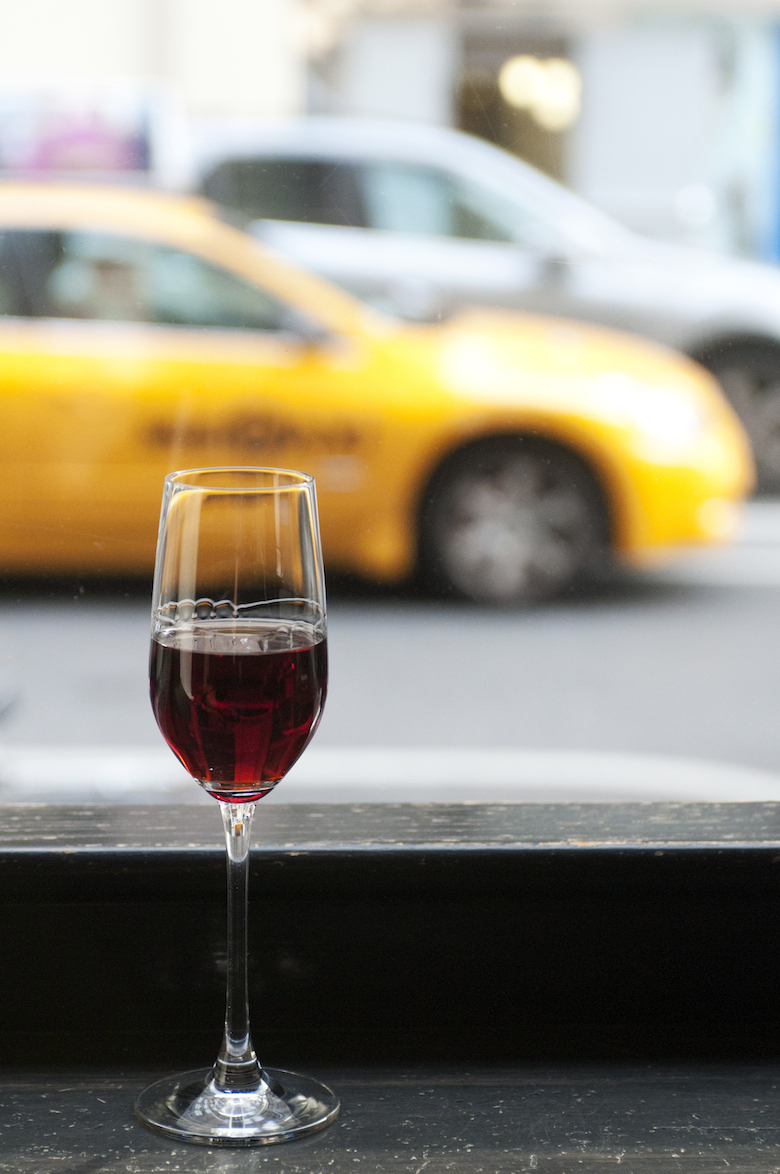 How would winemakers on Long Island feel if their wines were simply known as “Manhattan?”

It sounds unlikely, but they’ve been doing it in Portugal for years. There, magnificent terraced vineyards line the Douro Valley, two or three hours from the coast, but their world-famous port is named for Oporto, the town at the Douro River’s mouth where the wines are aged, blended and bottled—even though Oporto is on the north bank and the port cellars on the south, in Vila Nova de Gaia.

The reasons lie in port’s history and winemaking. A finished port is actually only about 80 percent wine; the other fifth is neutral grape distillate—un-aged brandy meant to help the wine travel unspoiled to England, historically an important market. The wine may be vinified and fortified in the Douro, but Oporto gets the credit.

At Quinta dos Malvedos, port-maker W. & J. Graham’s top property in the Douro, vintage manager and winemaker Henry Shotton steps into a lagar—a broad, flat stone and cement basin—to demonstrate how more than a dozen men tread the grapes at harvest: two hours marching back and forth, and two hours dancing, all after a day spent carrying baskets of grapes up and down the precipitous slopes.

(The terraces are so steep that they have to be harvested by hand, as machinery just can’t handle it. If you think that the four hours marching and dancing on the grapes sounds like fun, just remember that a day-long Stairmaster routine preceded it).

Few wineries anywhere in the world use foot-treading these days, but even large, modern port brands like Graham’s rely on it alongside conventional fermentation tanks and robotic lagars with silicone pads designed to duplicate the effect of the human foot on the grapes.

Shotton says the lagar method helps extract color and flavor that other red wines achieve via a longer fermentation. Port fermentations only last about 48 hours (compared to a week or more for other reds); once the wine reaches 6 percent alcohol, it’s fortified with the brandy, raising the overall alcohol to 19 or 20 percent, which stops the yeast in its tracks and leaves the wine sweet with unfermented sugars. The wines will then settle for a few months in large oak tanks called foudres, each alive with the rich, fruity aromas of port.Once the brandy is added, the wines’ days in the Douro Valley are numbered. In January, they’re brought down the river, originally on boats but today via tanker truck. (The boats, called barcos rabelos, still ply the waters, albeit carrying tourists instead of barrels, and make a great way to view the steep, terraced vineyards.)In the cavernous cellars of Vila Gaia, the wines will be carefully evaluated, blended and aged. Most of them will fall into two categories: ruby and tawny. The former is aged in the bottle rather than in casks, retaining the wines’ fruit character; tawny ports spend years aging in large barrels called pipes, taking on nut and caramel aromas and their eponymous walnut-brown color.

“The most popular are the aged tawny ports,” says Heidi Young, wine director at Aldea, the Iberian-themed restaurant on West 17th Street, “though sometimes a table will order a whole bottle of vintage port.” On special occasions she also likes to surprise guests with the less-familiar white port; drier but rounded, it works as both an aperitif and at the end of a meal.

Vintage port is a ruby style, but made with grapes from a single vintage instead of a blend of years; vintages are “declared” only when conditions are outstanding—typically around three times a decade. They age spectacularly well, making great gifts to commemorate a birth or anniversary. “Many people look for older vintage port during the holiday season,’ says Elizabeth Patrick, assistant wine buyer at Astor Wines & Spirits, “particular years with personal meaning, though we also get many connoisseurs who collect vintage port.”

The craft of making port is so fascinating, it can overshadow the raw materials: the grapes. A cornucopia of over 100 indigenous varieties grow on the hot, dry terraced vineyards of the Douro. Reviewing rows of grapes on the Malvedos property, Shotton singles out touriga nacional and touriga francesa as the grapes behind the best ports. Patrick says they, along with tinta roriz, also make the best unfortified reds (meaning dry, with no added brandy) in the region.

Many of these Douro reds are blends like their port cousins, but a few are single variety, giving these local grape varieties a chance to earn some recognition with wine fans. Whether single variety or not, “The biggest strength of Douro DOC reds is the quality-to-price ratio. At the entry level, these are the best Old World–style red wines under $15,” says Patrick, adding that the more expensive wines are also high quality as long as producers don’t try to “internationalize” them with too much oak.

That may be the case, but many wine drinkers find all the unfamiliar names and winemaking techniques can make the region’s wines seem unapproachable. In that case Young says one familiar name can open the door.

“Most people who come in [to Aldea] know nothing about Portuguese wines,” says Young, “I tell them that tinto roriz is the same as tempranillo in Spain, and they say, ‘Oh, OK—let’s get started.’” •