The Search for a Wild Weed: Read an Excerpt from Forager Ava Chin’s Memoir 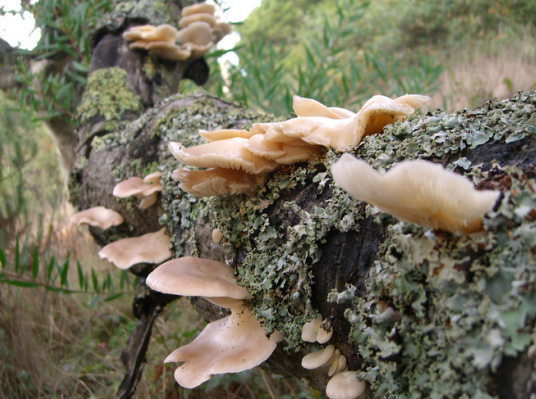 Our July–August issue goes into the wild — or at least the wilds of Central Park — with weed eater Ava Chin. Our story follows her as she stalks delicious edibles from lamb’s-quarters to shepherd’s purse, but she’s not just looking for lunch. Through foraging, she also finds an overarching emotional experience that’s literally rooting. But as Lavar would say, you don’t have to take our word for it. Sink your teeth into this excerpt from Ava’s new memoir, Eating Wildly. 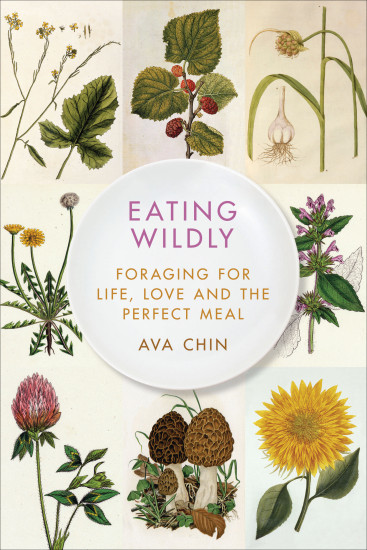 I am walking along a secluded, wooded path in a park in Brooklyn — my favorite place to forage for wild edibles in the city. My backpack is filled with plastic bags, a worn field edition of Euell Gibbons’s Stalking the Wild Asparagus, and a box cutter that doubles as a knife. The wood mulch and dirt are damp beneath my sneakers as I make the slow climb up toward my destination. Down below, cyclists and joggers are making their way along the road that loops through the park, and I can hear the resounding clomp of a horse along the bridle path. In the height of early autumn, everything below is obscured by a rich tangle of leaves just starting to turn reddish gold in the morning light. A dog barks in the meadow. I pause under the shade of a giant oak tree, scanning a fallen log where creamy white oyster mushrooms appear in the summer. We’ve had serious rains coupled with mild temperatures, and the air practically smells of fungi. But today, the log is bare — resembling a long, black plank under a thicket of enchanter’s nightshade, with its hundreds of irksome burrs, and native pokeweed, which, while edible when young, has grown poisonous in full maturity.

This place is sacred, and not just to foragers like me. I’ve found the remnants of spiritual offerings in this ramble: Mardi Gras beads, a jewelry box in the shape of a grand piano, a baby cauldron tipped on its side, and even a plate of plantains, along with condom wrappers, baseballs, and empty 40-ounce bottles. More than once, I’ve stumbled upon the encampment of a homeless person — the plastic garbage bags, blankets, and Chinese food containers — but I’ve never seen anyone here except the occasional jogger, and once, a summer camp group of eight year-olds doing a lesson on wilderness survival.

I’ve done this walk innumerable times, traversed over the wooded rise, across the road, and up to an even higher peak, and each time I discover something new. A chipmunk scrambling across my path before disappearing into a hollow log. An assortment of edible wild fruit — mulberries, blackberries, black raspberries — that explode with bright flavor in my mouth. A cluster of cool-to-the-touch jelly mushrooms sprouting on a decaying tree.

I forage for myself nearly every week, even in wintertime when the landscape is icy and to an untrained eye it appears that nothing is growing, but today’s walk is special: I’m gathering ingredients for a pie that I’m going to enter in my first food competition. I’m on the hunt for savory lambsquarters, that free-range weed that gardeners hate but food lovers consider a culinary and nutritional treasure. Related to spinach, beets and quinoa, Michael Pollan called lambsquarters “one of the most nutritious weeds in the world” (In Defense of Food ). The first time I ate it raw, it fell flat on my palate — I really couldn’t distinguish the edible weed from any other leafy green—but once I’d sautéed some in extra virgin olive oil with a little salt and pepper, I realized how very much it tasted like spinach.

In fact, lambsquarters out-spinaches spinach in terms of pure greeny flavor. Lambsquarters grows in backyards, on college campuses, and even around parking meters on the busiest avenues in my Park Slope neighborhood, but the best place to get it is in the park, away from traffic and pollution. It’s a much-desired vegetable in Bangladeshi and Persian cuisine, but here it’s considered a weed — even otherwise open-minded urban farmers I’ve met tend to treat it with disdain.

Since lambsquarters thrives in full sunlight, I am heading toward a clearing on top of one of the highest points in Brooklyn, where the Chenopodium album grows on a slope unchecked, producing one of the best-tasting crops in the city.

Once on the hill, I pass a variety of familiar flora. I see the arching canes of blackberry bushes, with their smaller-than-store-bought fruit that are a lot zingier in the mouth; last month I’d picked a small container full but now the bushes are empty. Mugwort, or wild chrysanthemum, which were one inch sprigs in spring, now brush my shoulders. In Flushing, Queens, where I was born and raised, I’ve encountered Chinese grandmothers collecting bundles of it for medicinal purposes — called moxa — where they burn the dried stalks to stop aches and pains. I bypass patches of violets with their heart shaped leaves, so pretty in spring salads, and the insistent stalks of Asiatic dayflower, with an azure blossom that rivals the blueness of the sky, and which is as transient as your last thought.

At this peak, I sometimes encounter birdwatchers, or the occasional parks department worker wrestling weeds — the very things I like to eat — but today the peak is mine alone. Out in the distance, I can see the drape of the Verrazano, that elegant suspension bridge, which I take to my job as a professor at a local college; the giant cranes on the shoreline of Bayonne, New Jersey; and nearly everywhere I look, apartment rooftops and the verdant leafy tops of trees.

At the sunny, southern-facing slope that I like to call Lambsquarters Hill, the Chenopodium album are out in abundance. But instead of displaying thick goose-foot-shaped leaves, the lambsquarters have completely gone to seed: giant bunches of buds sit clustered at the top of the plant, with only the scraggliest bits of half-assed foliage below. It would take hours to collect a colander full of leaves, and even then, when cooked, it would reduce to less than a cupful of greens.

During the high, humid days of summer, I’d led a small group of newbie foragers here, and the plants were thick and lush. Picking the tops like we were snipping garden basil, we collected enough lambsquarters for a large mixed salad and a sauté with eggs for everyone. At brunch, we added to our table an assortment of wild wineberries, which many agreed tasted like a cross between a raspberry and a California orange; freshly picked Asiatic dayflower and violet leaves; some local breads and upstate cheeses; and my own homemade mulberry jam, collected from a bodacious berry-laden Morus alba tree only blocks away from my apartment. The others marveled at the feast, foraged mainly by their own hands, before descending hungrily into the meal.

But here I stand now, looking down at thin, paltry leaves. It’s not the first time I’ve missed the timing of a plant, and I feel the familiar lunge of disappointment in my gut. Out of habit, I reach out and grab a lambsquarters leaf, tasting it.

It’s a zero on my tongue — with a tougher consistency than its young summertime form, and rather tasteless. When a plant diverts its energy into making seeds, it leaves the foliage with little-to-no culinary value.

I’ve been foraging long enough to know that what you’re looking for is often elusive, and what you do find can be completely unexpected. You can train your eye, research the telltale clues and signs, but nature has a way of surprising you, especially here in the city. Even if you return to the same place, at the same time year after year, charting the weather patterns — noting the ratio of sunshine and temperature to rain — it’s no guarantee that you’ll get what you’re looking for, no matter how well prepared you might be.

Foraging for food is a little like a mythic quest. You may think you know what you want, and expend a lot of energy and dogged determination making lists and plans for obtaining it — losing a lot of sleep and garnering no small amount of heartache along the way — only to find it shimmering elsewhere, like a golden chalice, just out of reach.

In the seasons that I’ve spent searching for wild edibles, taking long walks as solace after a breakup, or searching for fruit-bearing trees after the death of a loved one, I’ve learned that nature has a way of revealing things in its own time, providing discoveries along the way — from morel mushrooms bursting through the soil to a swarm of on-the-move bees scouting out a new home. I’ve been lucky enough to meet other foragers on my journey: herbalists who’ve introduced me to the healing properties of common weeds like motherwort and stinging nettles; Asian ladies collecting ginkgoes, those stinky fruit that litter sidewalks every fall; expert and amateur mycologists, who’ve taught me how to make mushroom spore prints that resemble honeycomb and starbursts, and how to cook up my fungal finds into fragrant culinary wonders; burly beekeepers who’ve shown me the art of relocating honeybees safely in the city and given me tastes of the sweetest wild honey. It’s the unexpected bounty and regenerative powers of nature that have deepened my connection with my hometown, my family, and even myself, transforming old feelings of being “not good enough” or “unworthy” into new ways of seeing and being, like fresh wild asparagus or violets erupting from the earth every spring.

Excerpted from Eating Wildly: Foraging for Life, Love and the Perfect Meal by Ava Chin. Copyright 2014 by Ava Chin. Published by Simon & Schuster.